I fell in love with Argentine tango on my twentieth birthday. I distinctly remember the moment: sitting in an armchair, snuggled in my mother’s Scottish rug, with my grandmother and my sister’s cat for company. It was a perfect, snowy New Year’s eve deep in the dachas of Moscow region and we were all watching television. There was a documentary on new movements in music and one of the features was Gotan Project’s new album, La Revancha del Tango. Something in the music spoke to me and evoked feelings I could not possibly describe at the time. I did not know why I was so attracted to the seemingly jarring, incomprehensible sequences.

Let me paint you a picture of myself at the time: a bookish, but often bossy, undergrad, who recently finished an all-girls’ school, doing a project in France during Pacific summer holidays, and, at that particular moment, taking a Christmas break at ‘home’ (one of many) with grandma. In short, hardly tango material. And yet that strange music suddenly was me, as if I have always known it.

A couple of weeks later, while browsing through CDs in a supermarket in France, I stumbled on La Revancha del Tango—it was lying out of alphabetical order, it was not what I was looking for and it cost more than I could afford to pay for it, but that disturbing, primal feeling returned again and out came the reserve credit card.

A month later, I was back in Auckland, falling for a guy who was crazy about salsa and not at all interested in tango. Since I did not dance and salsa was fun, tango was forgotten and salsa took over. It taught me to be a dancer: to have a conversation without words, to play and tease, to interpret another’s movements in my own way and watch their reaction, to continue unflinching after stubbing my toes and heaps of other useful things. Was there something missing in all this?—Perhaps, except I didn’t think so at the time.

One or two years into my relationship with the handsome salsero, he happened to listen to La Revancha del Tango in my car by accident. He hadn’t heard it before, but he seemed intrigued, and later asked for a copy. I distinctly remember that moment too. It was as if a knot within me, that I did not know existed, was untied. Here was someone, whom I respected and admired, and he liked my strange music—he understood what it meant to me. It was a far cry from the moment when I heard it first. That bookish girl had changed into a crazed creature, who was known for routinely sleeping through her morning lectures because she danced her toes off the night before. La Revancha del Tango lived up to its name however and unsettled me again by offering something else: his insight into my soul—a wish that I didn’t know I had made.

It took another year or two, before the handsome salsero decided he’d like to try Argentine tango. It was as hard as building an intimate relationship. At first we didn’t get the point of tango—we seemed to learn steps upon steps and none of it made sense, both consciously and within. Then we went to a teacher who taught us the logic and, at the same time, the feeling of the dance. We struggled again—this time for a different reason—I looked up to my handsome salsero to be the guide he always was in salsa, I needed that conversation of two bodies, but it seemed that only I did the talking. I was frustrated as I found dancing with other men more enjoyable and that seemed wrong. I wanted to look up to him, sense his rhythm and move with him, wordlessly but in complete understanding. Yet he was just starting to learn this art and all my desires for our dancing were just too overwhelming. I wished for the transcendental, but I was getting the mundane.

I moved to another town. My grandma died, my sister went to live in another country and took her cat with her. My parents refurbished my grandmother’s house and I don’t know what became of the Scottish rug nor the old armchair. The tangible, the people and the objects associated with my love at first “listen” with tango faded away and so the memory of that moment became more poignant and almost stinging. The relationship survived the distance though and my handsome salsero continued learning tango in my absence. When I returned and life began to recover its normal pace, it struck me one evening that I no longer thought of him as a salsero, but as a milonguero. La Revancha del Tango played its part again—a capricious muse, it wanted my absence to create what I sought all these years: the intensity of emotional charge, the graceful interplay of movements, the security of the embrace of the man I love and the wordless conversation threaded with understanding. This dance is the narrative of life and so this story, like many countless others, continues, punctuated by milongas and practicas, and paragraphed by the new twists of la revancha del tango. 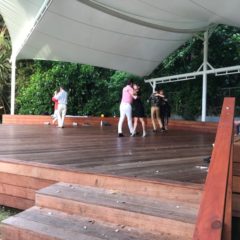 At the Red phase of the Protective Framework for COVID-19, it is now permissible to... 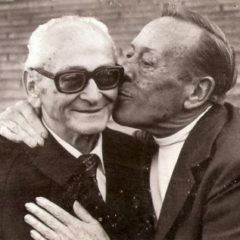 For the first time, we have the talented musician (Stu) + the best DJ in... 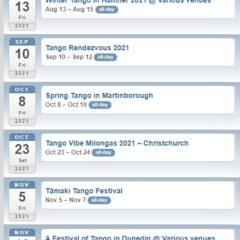 Make sure you have registered for all the New Zealand tango festivals that you want... 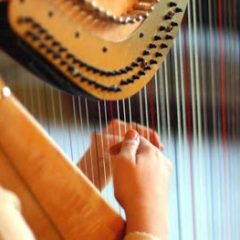 Published by Tango Therapist on May 18 2013 at http://tango-therapist.blogspot.co.nz/2013/05/tangos-musical-terms-musicality.html Reflections on the powerfully therapeutic... 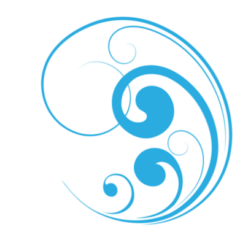 Most of the initial fabulous images for this new Auckland Tango website have been provided... 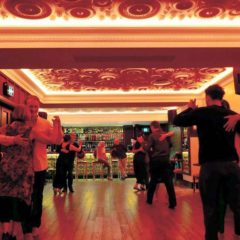 This week (Tuesday 9 April) Martyn will be running a tango class at 7:00pm ahead...